Startup CFOs Get Some Help From Counterparts at Venture Funds

Finance chiefs at some startups are turning to their venture-fund counterparts for guidance during the coronavirus pandemic, which for some executives triggered the first economic crisis in their professional lives.

Chief financial officers and finance executives at funds not only manage their own company’s balance sheets. They also advise the finance chiefs at businesses they have invested in, helping them to draw up financial plans, making introductions to banks and creating a network for executives to share knowledge and best practices.

This is useful in today’s economic climate, with the path to recovery unclear and many businesses continuing to struggle. The impact from the virus varies across industries, and some startups are doing even better than before the crisis, but navigating the pandemic-hit economy still presents a challenge for those overseeing company finances.

At SoftBank Group Corp.’s Vision Fund, the world’s largest tech investment vehicle with more than $90 billion in investments, CFO Navneet Govil has had more meetings with finance chiefs at portfolio companies since the virus started spreading. What used to be annual or sometimes quarterly in-person meetings have become more frequent virtual discussions. “Over the pandemic, it has taken a different format,” Mr. Govil said, adding that he now spends about 30% to 40% of his time shepherding the finance heads at portfolio companies, compared with 10% to 20% before the pandemic.

Bessemer Venture Partners, a New York-based firm with more than $7 billion under management, also has dialed up the frequency of virtual gatherings with portfolio company finance chiefs. “What Covid has done is accelerated the change,” said operating partner Jeff Epstein, who formerly held the CFO role at Oracle Corp. and other businesses. “When you have accelerated change, especially when you never went through this before, it is even more valuable to have a peer group,” Mr. Epstein said.

CFOs at venture funds advise their startup colleagues on topics such as how to build a finance team, which tools and technologies to use, where to expand the business first and, in today’s world, how to manage the business from the home office.

At the Vision Fund, Mr. Govil and his team have helped with setting up three-year plans for portfolio companies, explained revenue accounting rules and drafted an audit committee charter, he said. He is assisting with questions around capital structure and financing, foreign-exchange hedging and working capital, he said.

Venture-fund CFOs also aid with recommendations for banking partners for credit lines and cash management. This knowledge—for example, on pricing for bank services, term sheets, foreign-exchange rates and other costs—can help young companies save money that can be spent on expanding the business instead.

Zymergen, a San Francisco-based biology startup, was introduced to a bank by Mr. Govil’s team when it needed a debt facility, said Ena Singh, vice president of finance. “It helped us run a more competitive process,” Ms. Singh said. Being able to tap into a wider network of contacts has proven useful on several occasions, she said, adding that the fund’s executives “open up their Rolodex and make themselves available.”

SoftBank first invested in the business in 2016 and transferred its stake to the Vision Fund, which was founded in 2017, in 2018. A year later, the fund led a Series C round in which Zymergen raised $440 million.

Ms. Singh said she valued the opportunity that funds that have invested in Zymergen have provided to query finance executives at other startups, especially in cases “where there is no trodden path.”

In a company’s early days, finance heads must answer numerous questions, and it is important to lay the right foundations, said Benjamin Sun, co-founder and general partner at Primary Venture Partners, a venture-capital fund that targets early-stage investments. Primary has three operating partners that advise founders and entrepreneurs, and is looking to hire another one due to the demand, Mr. Sun said. “Our guys are hands-on and fill the role before the startups have a CFO, a controller or a bookkeeper,” he said. 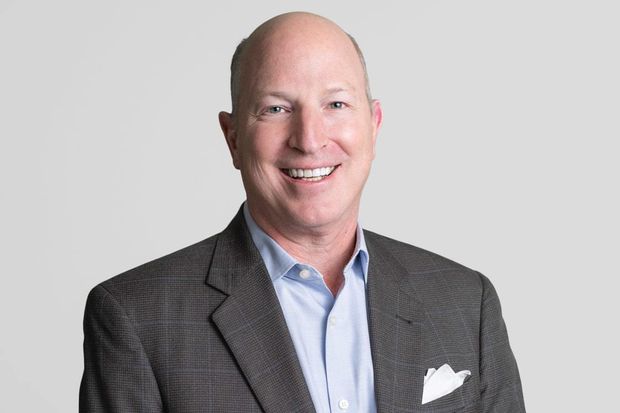 For venture funds, having a CFO or operating partner to help portfolio companies can be a competitive advantage as they are scouring the market for their next investment target, said Rhoda Longhenry, head of the chief financial officers practice at True Search, an executive recruitment firm. “It could be a differentiation or selling point for an investment, to not only offer money, but also services and insights,” she said.

But there are limits to what fund CFOs can do at portfolio companies. They usually don’t own controlling stakes, and even if they do, they most often don’t actively manage startups’ finances.

“We are not here to run their company; we are here to support them,” said Mr. Sun.

At the Vision Fund, Mr. Govil said there are boundaries around what he would do. “To be clear, my full-time job is CFO of our fund,” he said. For companies that require more hands-on help, the fund has an operating group that would get involved, he said.

That group took action last year, together with others, when co-working company WeWork, one of the fund’s biggest investments, got into trouble around concerns about its valuation and pulled its planned initial public offering. Despite losses at some of the fund’s investments in recent months, Mr. Govil said he wouldn’t run the finances of startups on a day-to-day basis.

“I can’t see how he would have time…to provide emergency management for those in dire financial situations,” said Dan Baker, a senior equity analyst covering SoftBank Group for Morningstar Australasia Pty Ltd., a research provider.

Having a venture-fund CFO and network of other finance executives to turn to won’t resolve all issues, said Igor Beckerman, CFO of Gainsight, a startup focusing on customer retention. “This can’t ever help with the last mile,” he said, adding that every CFO has to apply the knowledge gained from the network and fund CFOs themselves. Bessemer first invested in the company with $25 million in 2014 and has taken part in two more funding rounds since then.

Are you podcast potential?

Join our interview line-up today. We'll see if you qualify for an interview.