What CFOs and CEOs are saying about bitcoin

From Cfo.com: On first-quarter earnings calls, CFOs and CEOs revealed their attitudes about and approaches to cryptocurrencies.

What is your thinking on Bitcoin and cryptocurrencies? Many “experts” claim to know what CFOs and CEOs think about the development of digital assets, the use of Bitcoin on balance sheets, and the business opportunities crypto presents. But rarely do they examine the public statements by members of the C-suite.

To gauge the prevailing sentiments about Bitcoin, we combed through the earnings calls of some prominent organizations, courtesy of S&P Capital IQ. The statements from 10 CFOs and CEOs that follow show a wide disparity in views and strategies around Bitcoin and other cryptocurrencies. Most of these statements were prompted by questions from research analysts.

We think that there certainly could be challenges to accepting Bitcoin, but we don’t see that as a strong consumer demand right now. We just do whatever our consumers are asking for and make sure that we’re focused on payment flexibility and payment options. And although it might be a fun item to talk about, we just don’t see real consumers wanting to transact with Bitcoin at this point.

I’m not a Bitcoin guy. … The opportunity, however, for us as a market maker is if this is viewed as a store of value, people are going to want to access it as an [exchange-traded fund], as a spot position, and as a future. … So the exciting thing from us is that you have this entirely new addressable market with presumably trillions of dollars of value that needs to be market-made and needs to have price discovery on it. We can do that without increasing our risk at all, right, and without any real investment other than the mixed technology plant we have and the personnel we have today. That’s what we’re very excited about. 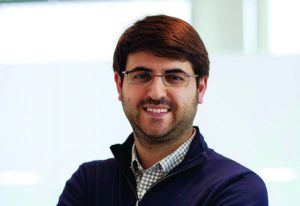 Elon [Musk] and I were looking for a place to store cash that wasn’t being immediately used, trying to get some level of return on this but also preserve liquidity. Particularly as we look forward to the launch of Austin and Berlin [manufacturing plants] and the uncertainty that’s happening with semiconductors and port capacity, being able to access our cash very quickly is super-important to us right now. And there aren’t many traditional opportunities to do this, or at least that we found and in talking to others that we could get good feedback on, particularly with yields being so low and without taking on additional risk or sacrificing liquidity. And Bitcoin seemed at the time and so far has proven to be a good decision. A good place to place some of our cash that’s not immediately being used for daily operations or maybe not needed till the end of the year and be able to get some return on that. …. from a corporate treasury perspective, we’ve been quite pleased with how much liquidity there is in the bitcoin market. … So. we intend to hold what we have long term and continue to accumulate bitcoin from transactions from our customers as they purchase vehicles.

I’m not a huge fan of things like Bitcoin because I think crypto got so big over time that governments would want to step in and regulate because they like to control their currency. … That is not to be confused with tokenization of assets because I think that will unlock illiquid assets that become interesting and also tokenize coins that help facilitate business models. And that’s different. Nothing is backing a Bitcoin, but there is something backing a coin that actually has a functional capability.

I think there’s a lot of education that’s kind of happen out there around tokenization. I think that blockchain will completely change how our industry, how the financial services industry, operates its back office. I think it has, as I said, the real capability of democratizing illiquid assets that some would argue might even take some of the premium out of [the] alternative space over a long time.

Our initial involvement in crypto has been with our technology, and that’s been great. We are partners with several crypto markets on their surveillance and their technology. And one of the big concerns with crypto has been around making sure that the markets are fair for all participants. And so our technology is highly relevant there. Managing trading and, frankly, the scalability of trading that they’ve had to deal with, our systems are designed for scale. So, I think that also really gives us some real advantage.

We do have some exciting ways to participate in the crypto space, but we’re still evaluating our long-term role. And how will the markets evolve?

So, we have a tremendous amount of really great results going on tactically with our cryptocurrency efforts. And we’re excited about those. We’re investing in those. But this whole idea around establishing a digital currency and blockchain business unit inside PayPal is to think about what is the financial system going to start to move toward? And how can we be a shaper of that, a leader within that and not a reactor to how that’s happening. And those conversations have gone well beyond my expectations in terms of the openness of governments and central banks to think about new ways of managing and moving money through the system.

As someone who holds Bitcoin, there’s an awkward interaction between traditional banking and these Bitcoin providers within the economy, and it’s getting better over time. But I think a lot of people really want to work with their traditional bank that they have a lot of trust with and operate in that traditional banking environment and have much more easy access to these types of investments to move between fiat and Bitcoin, both within the banking side of the world as well as in the wealth management side of the world. 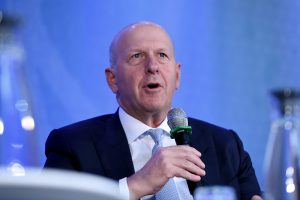 The digitization of currencies is a growing trend, given the prospect for less friction and the movement of money, and a variety of other use cases. The increasing consideration by central banks about digital currencies and blockchain technology that can supplement existing monetary frameworks is also notable. There is also a significant focus on cryptocurrencies like Bitcoin, where the trajectory is less clear as market participants evaluate their possibility as a store of value.

As I’ve said, we need to operate within legal and regulatory parameters. For example, we cannot own or trade Bitcoin as a principle as we do not have the permissions or licenses necessary to do so. This is a rapidly evolving and complex space, both generally and from a regulatory construct. Global regulators are very engaged on these issues. However, as with any other global financial institution, we continue to research the digital asset space around areas of interest to our clients. For example, we are looking into offering digital assets data to our clients through one of our technology platforms.

There are two market segments as we see it. One is Bitcoin, primarily assets held by people. They’re not used much in the form of payments. We kind of think of them as digital gold. And then, there are digital currencies, including central bank digital currencies and stable coins that are directly backed by existing fiat currencies. And they’re definitely emerging as a payment option, and they’re running a public blockchain, which is, in essence, an additional network, much like a [real-time payment] or ACH might be.

The increased visibility and thought leadership from our Bitcoin acquisition strategy is driving an increase in inbound software leads. … Going forward, we’ll purchase additional Bitcoin when our cash, cash equivalents, and short-term investments exceed current working capital requirements. And we may, from time to time, subject to market conditions, issue debt or equity securities and capital-raising transactions with the objective of using the proceeds to purchase bitcoin. We do not plan to engage in regular trading in Bitcoin and have not hedged or otherwise entered into derivative contracts with respect to our Bitcoin holdings. …. We’ve established a balance sheet of approximately $5 billion of assets, primarily Bitcoin assets, that gives us exposure and give us a great way to protect our shareholders from monetary inflation and, in fact, benefit from monetary inflation.

As we go forward and we think about Bitcoin acquisition as we generate cash flows from the core business, in excess of our working capital needs, we will convert that into Bitcoin. And, of course, that’s a straightforward accretive transaction for us because we expect Bitcoin to appreciate at a far more rapid rate than the yield we could get on the U.S. dollar. … We even expect Bitcoin to appreciate at a rate faster than the likely organic growth rate of our enterprise software business.